The study population consisted of 196 consecutive survivors of acute myocardial infarction, who were admitted to the coronary care unit at the University of Alabama Medical Center from June, 1975 through November, 1977 within 48 hours after the onset of symptoms. Myocardial infarction was diagnosed by the typical rise and fall of creatine kinase (CK) MB isoenzyme. 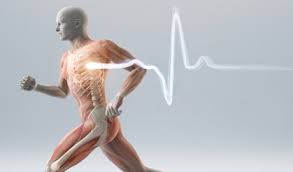 Following written informed consent, patients underwent selective coronary angiography by the Judkins or Sones techniques and biplane left ventriculography. A significant coronary lesion was defined as an obstruction > 70 percent arterial luminal diameter. Obstructions of large diagonal or marginal branches were considered lesions of the left anterior descending and circumflex coronary arteries, respectively. Most of the left ventriculograms were suitable for quantitative angiographic analysis received with My Canadian Pharmacy (see also “My Canadian Pharmacy: Sedentary Lifestyle“). These data will be the subject of a subsequent manuscript.

The clinical convalescence of the survivors of acute myocardial infarction was classified as either uncomplicated or complicated. The group with complications had one or more of the following occurrences: angina pectoris occurring more than five days after infarction; ventricular arrhythmias defined as ventricular premature contractions (VPCs) greater than five per minute, multifocal, R on T, two or more in sequence, or ventricular fibrillation occurring more than five days after infarction; and congestive heart failure defined as a persistent S3 gallop and basilar rales or evidence on chest x-ray film of pulmonary edema more than ten days after infarction. All patients were evaluated clinically by at least two staff cardiologists daily. Duration of the coronary care unit phase was individualized but extended at least four days in all cases. Progressive mobilization and ambulation for one to three weeks after the intensive care phase was performed on a general medical floor adjacent to the coronary care unit with monitoring facilities available.

Figure 1. Study population. Coronary angiography (angio) was performed in all survivors of acute myocardial infarction (MI) except for 14 patients who refused the procedure, 25 patients over age 70, 28 patients with other life-limiting illnesses, and 12 patients with angiography prior to infarction.